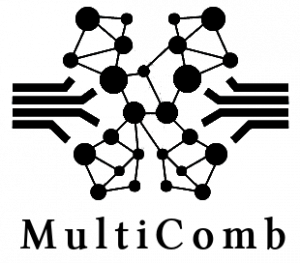 Multilingual generator of argument structures of the noun applied to production in foreign languages.

MultiComb is a research project, “Multilingual generator of noun argument structures with application in foreign language production”, funded by: FEDER / Ministry of Economy, Industry and Competitiveness – State Research Agency (Project FFI2017-82454-P). The main goal of this project is to design a simulator for creating phrasal and sentence contexts that are linguistically correct for nominal phrases in German, Spanish and French.

The idea srpung from a preleminary test on the noun ‘muerte’ (Valcárcel / Domínguez 2016) in which anonymous participants evaluated the acceptability of automatically generated noun phrases. The analysis of the results from this project lead us to conclude that the evaluation of semantic acceptability of automatically generated noun phrases may be improved by providing a complex phrasal context as well as sentence context.

MultiComb makes use of the combined method for collecting and analysing data on the syntagmatic and paradigmatic combinactorics of nouns present in the research project MultiGenera. This method is used for creating coherent, plausible and familiar sentence contexts for humans. To achieve this, it is imperative to generate context at a phrasal level on the one hand and at sentence level on the other.

In order to format the context of the phrase and facilitate computer processing, we have, made use of a number of basic lexical functions(LF) which follow Mel’čuk’s proposal (2013, 2015), The first list of representatives of the different LFs is made following a frequency criterion. Immediately after, a process of prototype expansion, refining and lastly paradigmatic packaging is carried out. Of course, the paradigmatic groups associated with each LF will depend not only on each noun, but also on the specific lexical constraints of each of the three languages.

The creation of the sentence context, in which nominal phrases are created, has in MultiComb four core syntactical structures which answer to basic lexical functions. Func Fact, Oper, Real and Pred:

In short, therefore, we create sentence context with the examples which have the most frequent valency patterns.

The MultiComb simulator combines enough distinctive, user oriented(human or machine) information for production in a foreign language context. As a result, users can choose, via a web interface, which contexts they want the program to return as well being able to filter data following syntagmatic and paradigmatic combinatorial criteria.